Kia ora. We explore what Christchurch City Libraries’ webpages and blog posts and social media postings were popular each month – so we can learn more about what our customers are interested in.

Our ever popular page on collective nouns for animals got 13,432 page views. Overall, there were nearly half a million page views this month: 495,724.

It was busier than average in August, with 172,280 views. Our busiest day was 30 August when we got 12587 views. The main drawcard was photos hot off the press from the WORD Christchurch Writers and Readers Festival. Flickr is at 3,102,092 pageviews. 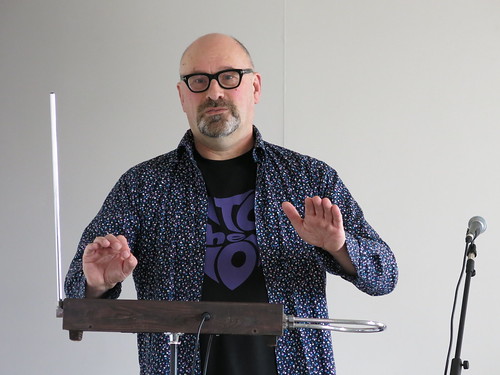 We have 3129 followers. The most popular tweets:

Mr @stevebraunias has never won a meat raffle. But he won the satire lottery: come & hear him at @wordchch http://t.co/RclAdvUDXi ^DR

Nicky Hager: “I am often in the library & I find that librarians are a researcher’s friend.” http://t.co/wcDl0iyFGL See him @wordchch. ^DR

This month Twitter brought out a new analytics tool. It will give us more fine-grained knowledge of engagement. In this graphic, you can see that livetweeting at the WORD Christchurch Writers and Festival pushed up our impressions (how many times the tweets has been viewed).